Checkout the new, innovative method to use music samples with your music. No more digging in crates and worrying about copyright. Tracklib is a paid music service that lets you quickly license any song in their catalog for use in your music compositions. No more sample clearance headaches!

Are you interested in this year’s TED2016 conference in Vancouver but can’t afford the $8,500 registration fee? Well you’re in luck! Fountaindale will be streaming part of the conference live for FREE! Throughout the day, you can access four sessions showcasing great thinkers, artists and storytellers from around the country all from the comfort of your library.

Feel free to stay for the entire live stream or just specific sessions. Light refreshments will be served. Registration is required, but you do not have to be a Fountaindale Public Library cardholder to register. Register now!

UPDATE: Here are the speakers scheduled during the February 17 program:

Reshma Saujani, Education activist
Through her nonprofit Girls Who Code, Reshma Saujani initiates young women into the tech world. Her goal: one million women in computer science by 2020.

Mary Norris, Copy editor
As a copy editor for the New Yorker, “comma queen” Mary Norris enforces some of the most authoritative (some might say eccentric) style rules in publishing.

Dan Gross, Gun-control activist
As president of the Brady Campaign to Prevent Gun Violence, Dan Gross seeks to cut US gun deaths in half by 2025.

Amit Sood, Technologist
As the director of Google’s Cultural Institute and Art Project, Amit Sood leads the effort to bring cultural artifacts from museums, archives and foundations onto the web in vivid, lifelike detail.

Hugh Evans, Humanitarian
Through the Global Citizen platform, humanitarian Hugh Evans has created an online community of millions of people — all driven to eradicate extreme poverty by the year 2030.

Jennifer Kahn, Science journalist
In articles that span the gene-editing abilities of CRISPR, the roots of psychopathic behavior in children, and much more, Jennifer Kahn weaves gripping stories from unlikely sources.

Dan Gross, Gun-control activist
As president of the Brady Campaign to Prevent Gun Violence, Dan Gross seeks to cut US gun deaths in half by 2025. 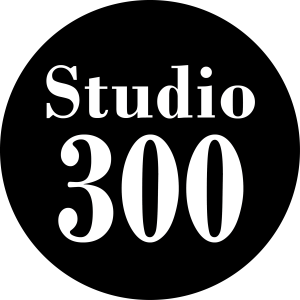 This blog has moved to fountaindale.org/blog and is no longer active on this website. Check us out at our new home!