Think book club, but with movies instead. And that describes our two newest clubs for film fans. Our next meeting is Tuesday, August 27 where we meet to discuss two films.

Early 1970s. Four strangers check in at the El Royale Hotel. The hotel is deserted, staffed by a single desk clerk. Some of the new guests’ reasons for being there are less than innocent and some and are not who they appear to be.

The Classic Reels club meets August 27 at 7:30 p.m. to breakdown and discuss the classic movie: The Italian Job (1969), available on Kanopy and DVD.

Comic caper movie about a plan to steal a gold shipment from the streets of Turin by creating a traffic jam. 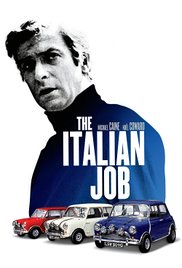 Watch the films on your own, then join us for snacks and a breakdown discussion about the films.

(Both are available in multiple formats with your library card.)

This blog has moved to fountaindale.org/blog and is no longer active on this website. Check us out at our new home!